About the Narrow Gauge railroad that served Marki Poland and the surrounding region.

The well-known inhabitants of Warsaw, Marek Radzyminer. established in 1896 as a railroad Markowska Riding. In subsequent years, the name changed a few times. First to Narrow-gauge Railway Markowska, then Commuter Rail Marecka, and ultimately to Radzyminska Narrow-Gauge Railway. Travelers knew the railroad as choo-choo train. It operated for 78 years, until 31 August 1974 on which date the last train ran from Radzymin to Warsaw

One of the locomotives, like those that ran on the Warsaw – Radzymin route was in the Narrow Gauge Railway Museum in Sochaczew. Marki authorities decided to bring him to the city. For this purpose, they hired a company that restored the locomotive. After two months of work, in mid-September, a Px49 “choo-choo train” arrived in Marki where it is on public display.

Here are videos of the engine in operation. 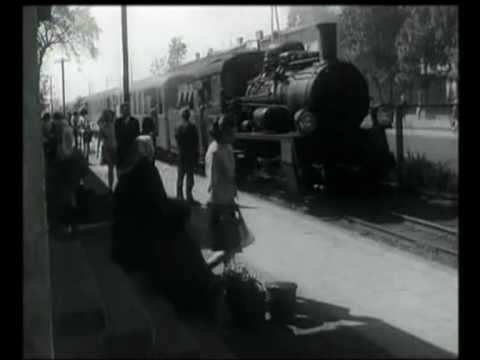 The following are links of interest.

In Polish – Historical information that starts.

Narrow-gauge railway which had three names – first called her Markowska, then he Marecka, interchangeably with Radzyminska. Targowek united with brands (then extended toward the street Stalowa and Radzymin).

We hope that you found the information in this page useful. The internet is all about getting and giving. And giving back is the best. Please donate $1 or more to aid us in our continuing quest to add to and polish the information in our site.