The Lxd2 is a narrow gauge diesel hydraulic locomotive produced in Romania for the Polish State Railways (PKP). The Lxd2 is capable of working on rails from 740 mm to 1067 mm.

The picture shows a picture of the Lxd2 from the Sochaczew Narrow Gauge Train Museum.

The Romainian factory Faur, located in Bucharest, began producing the Lxd2 (the factory designation being L45H) in 1964. 166 locomotives were built between 1964 and 1987.

In 1968, Poland began adding the Lxd2 on the Upper Sileasian Railway to replace narrow gauge locomotives series TW 47 and TW 53.

The Lxd2 is popular at the remaining narrow gauge rail services because of its ease of operation. These tourist lines prefer to run either an Lyd2, or Lxd2, even though a steam locomotive may be more attractive to tourists.

Operating an Lxd2 to is a simple matter of flipping a few switches. It is a diesel driven engine using a hydrodynamic torque converter with 24 transducers. One operates at startup and low speeds and the other at higher speeds. There are two trucks.

Even though these locomotives have a reputation for a high consumption of fuel, they are much more efficient than steam locomotives.

These locomotives can be seen in many of the train museums and at the operating tourists lines in Poland.

Information about both can be found in this site.

Images Of The LxD2 Operating in Poland

You find this engine in places such as the Narrow Guage Railroads in Piaseczno, Poland and Sochaczew, Poland.

How To Build A Model Of An Lxd2

Here are pictures of a replica model that you can build.

You can get a book of plans and information, including specifications, about the engine.

The plans offer modelers and collectors the opportunity to build a highly detailed, museum quality, replica of the original locomotive. The model can be made using 1 mm card stock, styrene, or brass. The basic instructions in the book focus on card stock construction. Just substitute the material of your choice.

The resulting model is a highly detailed 1 to 25 scale replica of the original engine.

And here is a video review of this book.

Do watch the video for complete information. 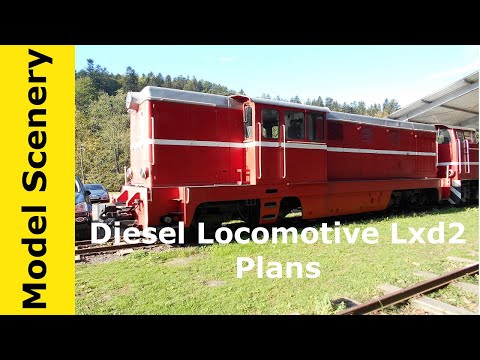 You may purchase these plans at Lxd2

Tell others about this information by using one of these services. Thank you for the support.
Scroll to top